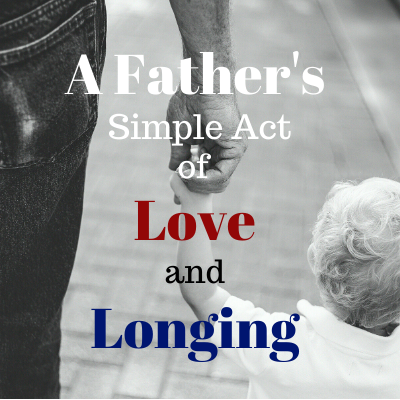 Here is a simple and sweet story of a father’s love for his son. This happened in the facility where nurses like me work. No extraordinary event. No death and fighting. Nothing fancy. And to celebrate Father’s Day, let me share with you how a simple gesture from a son could mean the world to a father.

Working as a nurse teaches me to become sensitive to another person’s feelings. This is how I connect with a lot of people. Empathy. I used to hear this word a lot back in nursing school, to be in one’s shoes, to understand them. However, it didn’t become real until I started building relationships with my patients and their families. Having these relationships is a reward for myself.

Everyday struggles of a nurse

I am also very emotional. I am touched by simple things, actions, and events. To work in the nursing field is physically exhausting. I have countless times where I couldn’t use the bathroom or take my break, as much as I try to avoid it. But to me, nursing work is more emotionally draining. I don’t know how often have I finished my shift and not feel down because I feel sorry for my patients. I admit I get crossed with my patients, especially their families. But I also love them. It is a battle of emotions.

Love in the Time of Dementia

**The character/s don’t have Dementia 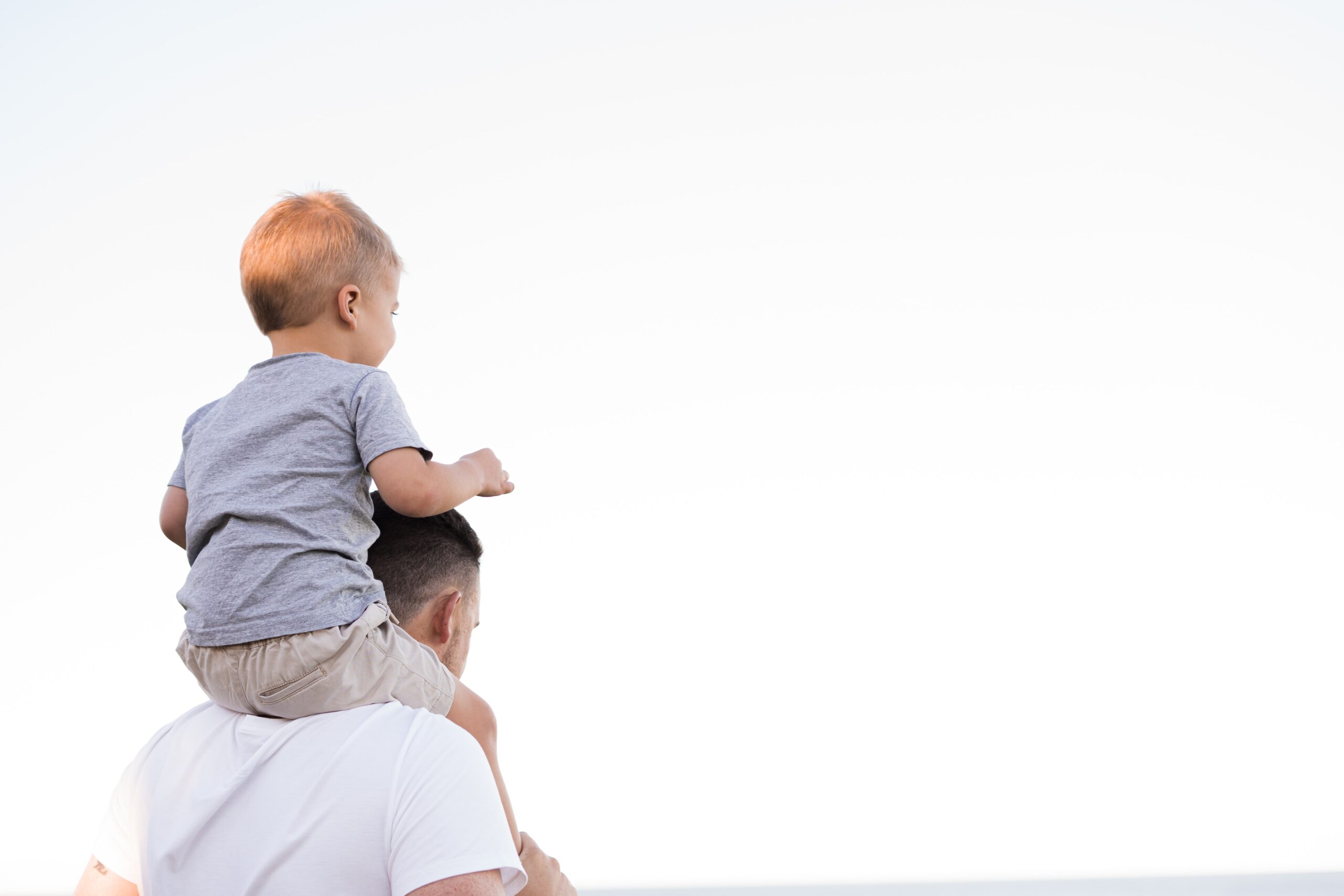 One day, in this elderly man’s routine life in a long-term facility, a nursing home, he gets a visit from his son. The elderly man’s name is Tadhg (read:teɪɡ). His son is Patrick (nick: Paddy). They’re not Irish, but Irish names have a nice ring to the ears.

Patrick brings a bucket of KFC chicken, because we live in the present day, and a bucket meal is something I would want to have a meal with my son. Paddy is having dinner in his dad’s room, eating there for more than 2 hours, chatting and laughing, and watching the telly. Tadhg tells his son how his day goes by in the facility, nothing really exciting. He also tells him how other patients behave, including the lady next door who is roaring for no apparent reason, almost every day. Just her disease eating her brains out. He is giving his son a picture of his present, yet terminal life.

Moments pass by fast. The time comes for Paddy to leave. Tadhg is telling Paddy he should get going. But within him, he wants to linger at this moment. The father bids goodbye to Paddy, thanks him for the wonderful visit. He then tells Paddy he loves him so much. Countless times. And each time, his voice is breaking. He is beginning to cry. Tadhg holds his tears back. He doesn’t want his son to feel bad because he is leaving.

Patrick bids his father goodbye, tells him he loves him back. To him, this means a lot, but this is also another ‘until then’ to his father. He has visited his father in the past. However, for Tadhg, this means so much more. Tadhg feels he is nearing the end of his life and he may not see his son ever again.

Then, Patrick exits the room.

Tadhg, who is sitting in a wheelchair, wheels himself out of the room just outside the door to see his son exit the hallway. A minute and a half pass by and a big figure enters the hallway. Paddy, wearing a yellow collared shirt, white shorts and a cap comes back. To the father’s delight, he asks, “Why are you back?”

Paddy replies, “I was about to leave the building when I realized I didn’t give you a hug!” Paddy realizes that this is one final farewell to his father. He bends down and hugs Tadhg. The father hugs him back tightly. His cheek glistens, Tadhg is tearing. He tells his son to be safe always and to mind himself when leaving the hotel. Patrick lives outside the state, probably thousands of miles from his father, and has checked into a hotel to be near his father for a couple of days.

Then Paddy leaves the building and Tadhg goes back into his room. 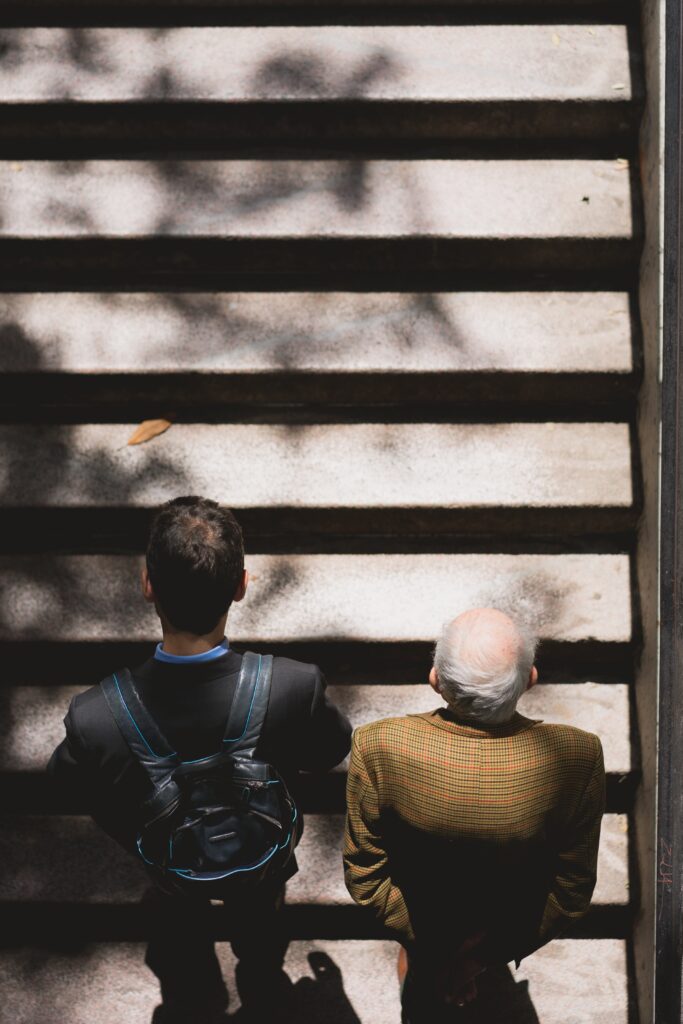 I witnessed everything in that short moment. Of course, I have added a few extra details to make it more dramatic. I was nearby doing my job and saw this lovely moment between a son and a father. It made me think about my relationship with my son and how I will hold onto him if I know I am nearly end-of-life.

I walked towards Tadhg and asked if I could give him a hug. He agreed and asked me why. I just told him I also love my son. There were no extra words given, but we understood each other’s hearts. He asked to see photos of my dear son. Unfortunately, I did not have my phone at that moment because I am in the middle of passing meds, and frankly, we are not allowed to bring phones when working. So I said, “Tomorrow, I will show you.” So, I did.

I made that very short story in 2019. It has a different impact a year after. On Father’s day, most facilities are still on lockdown, no visitors are allowed to enter. This is going to be more difficult without the hugging and kissing. This celebration will be different as families could only see their loved ones through video calls and window visits. And the only time they could physically touch each other is when death is imminent.

But expressing love could be in various ways. For these residents, seeing familiar faces and hearing their voices could be enough for them to feel loved and valued. So on Father’s day, let us show our love to our dear fathers while keeping socially distant.